Le Mans FC, the other professional club from Sarthe 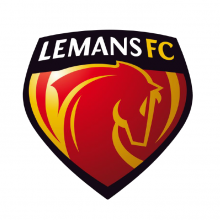 In 2011, Le Mans FC, at this moment in Ligue 2, left the Léon-Bollée stadium for the MMArena (25,000 seats) before experiencing a sporting cataclysm. Relegated to the national team in May 2013, the club from Sarthe was administratively demoted to the Division d’Honneur (now Regional 1) and had to file for bankruptcy.

First under the presidency of Jean-Pierre Pasquier then under the impetus of Thierry Gomez, who arrived in 2016, the club will then patiently climb the ladder, until it returns to the professional world and Ligue 2 in 2019, thanks in particular to the work of coach Richard Déziré.

The club also has a women’s section, which has evolved to Division 1 and now plays in Regional 1, and many youth teams. It is moreover the training center of the club that offered Sarthe a Gambardella cup (French youth cup) in 2004.

Always supported by the Departmental Council of Sarthe, Le Mans FC, although it has never won a professional trophy at the national level, has experienced a few cup epics, especially in 1999 (semi-finalist in the French Cup) and in 2006-2008 (3 Ligue Cup semi-finals).

But its greatest achievement will remain the 3 consecutive accessions, never seen before, allowing the club from Sarthe to move from National 3 to Ligue 2 in 3 years!

LE MANS FC MOVES BACK UP TO LIGUE 2 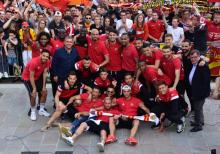